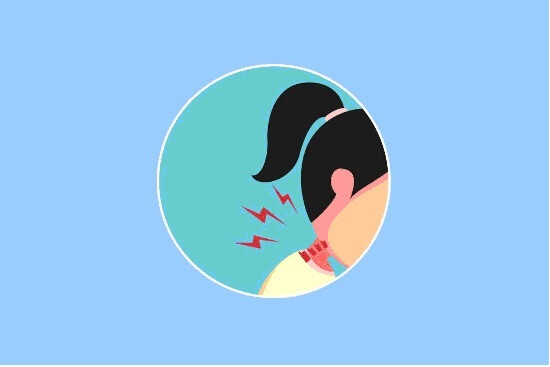 For back or neck pain, probably. But watch out for those who oversell their abilities.

In the world of medicine, chiropractic, which seeks to treat musculoskeletal injuries, seems to hover in that gray area between standard health care—the type you’d receive at a hospital or from a physician—and acupuncturists, massage therapists and other “alternative” practitioners.

“Chiropractic was the original holistic medicine in that it focused on treating the whole person, not just the body part that hurt,” says Michael Schneider, an associate professor of health sciences at the University of Pittsburgh. Along with a doctorate in chiropractic, Schneider also has a PhD in rehabilitation science. His research has shown that “cervical manipulation”—the back and neck adjustments most people associate with a visit to a chiropractor—can be an effective treatment for low back pain. Especially when combined with standard medical care, chiropractic manipulation often leads to better patient outcomes, other studies suggest.

or acute low back pain have been pretty widely accepted for years now within the medical community,” says Dr. Ronald Glick, assistant professor of psychiatry, physical medicine and rehabilitation at the University of Pittsburgh School of Medicine and coauthor of several of Schneider’s research papers. “When I started in practice over 30 years ago, people would look askance at a physician who recommended chiropractic, but that’s not the case anymore,” he adds.

While the strongest evidence in support of chiropractic involves the treatment of back pain, Schneider says there’s also evidence for neck pain and some types of non-migraine headaches. Still, his profession is not without controversy, he says. “The controversy comes in when chiropractors make claims about treating non-musculoskeletal conditions”—claims he says have little to no basis in science.

This “failure to present a unified front” is the biggest problem facing chiropractors today, says Dr. Scott Haldeman, a neurologist and chiropractor who teaches at both UCLA and UC Irvine. “You could walk into a chiropractor’s office and find someone who is a pure back-and-neck-pain guy—a guy who has embraced the scientific research—or someone who says he can cure all things and provide general wellness,” Haldeman explains.

“Like any other type of doctor, some chiropractors are good, some are just OK and some are bad,” says Dr. Simon Dagenais, a chiropractor and clinical epidemiologist. “It takes just a few rotten apples to spoil the bunch.”

Another thorny issue for chiropractors of all stripes is the public perception that spinal manipulation can result in injury or, more ominously, stroke or torn arteries.

“The stroke question is basically resolved,” Haldeman says, citing research that shows the risk of suffering a stroke following a chiropractic visit is extremely low, on par with the risk associated with visiting a physician. “Neck pain can be a sign of a stroke in process,” he says, “so people may go see a doctor or chiropractor about that pain and then associate the subsequent stroke with their visit.” When it comes to artery tears, Haldeman’s own research turned up only 23 such cases among more then 134 million chiropractic manipulations.

More of an open question is whether less-serious injuries can result from a chiropractor’s touch. One study of neck pain patients found 30% had some kind of “adverse” reaction following chiropractic treatment. “In most cases, that adverse event was increased pain or stiffness, and it resolved itself quickly,” says Dr. Eric Hurwitz, first author of the study and graduate chair of epidemiology at the University of Hawai’i.

“There’s some risk involved,” Haldeman agrees. “But there’s also risk from surgery or from taking medications.” Compared to opioids—a class of painkillers commonly prescribed for back and neck pain, and one also linked to dependence and death due to overdose—the potential for soreness and ache seems minor, he adds.

Schneider agrees and points out that malpractice and liability insurance premiums for chiropractors are much lower than for physicians or surgeons. “Insurance actuaries aren’t dumb,” he says. “They know that based on the malpractice data, chiropractic is very safe.”

But the biggest unsolved mystery about chiropractic treatment is exactly how spinal manipulation reduces back or neck pain. “Increased mobility of the spinal vertebrae and muscle relaxation probably has a lot to do with it,” Haldeman says. “But the truth is the mechanism is not well understood, just as back and neck pain are not well understood.”

A recent study published in The Lancet found low back pain was the most common cause of disability globally. But despite its ubiquity, back pain—like many other forms of pain—is difficult to explain. “We know some things that cause it, but not exactly where it comes from or why it persists,” Haldeman says. Looked at in this context, he says, it’s not odd that he and other researchers who have studied chiropractic can’t pinpoint why their treatment is effective. What’s more important is that for many patients, it does work, he says.

“Chiropractors tend to have very high patient satisfaction rates,” Schneider says. “And from a public health perspective, we’d see a lot fewer unnecessary tests and hospitalizations and opioid prescriptions if people visited chiropractors for their back and neck pain.”

Comment by JCS:
Good article with a bad title, illustrating the embedded chirophobia in the media.

Considering the opioid epidemic caused by promiscuous prescribers, the off-label use and serious side effects of epidural steroid injections for back pain, as well as the tsunami of unnecessary back surgeries based on the debunked “bad disc” diagnosis, TIME author Markham Heid might have placed chiropractic care into a better context compared to the inept practices of MDs for musculoskeletal disorders.

Indeed, why not an article, You Asked: Are MDs Legitimate for Back Pain?

Of course, the answer is a resounding No!

Again, just another example of unfair journalism–even when chiropractic care is shown to be effective, the media takes a cheap shot at us.