Few people realize in the first half of the 20th century over 12,000 chiropractors were arrested over 15,000 times.[1] Our crime was helping sick people get well without drugs or surgery. Fortunately dedicated chiropractors persisted to keep this effective healing art alive despite the illegal medical aggression and unwarranted public humiliation.

Indeed, the price paid by thousands of chiropractors to keep our healing art alive will never be rewarded; hopefully it will never be forgotten. It remains a struggle few people understand, but with the recent turn of events in the media, perhaps our profession can shine a new light explaining why #ChiropractorsMatter.

Without question, America is doing a lot of soul-searching with social movements such as the LGBT Rainbow Coalition and #BlackLivesMatter that led to the NFL players taking a knee to bring attention to police brutality and institutional racism.

The #MeToo movement led by abused women who are speaking out about sexual assault and violence has also become a national conversation growing daily to bring awareness to misogyny and harassment of women in the workplace, entertainment and media.

Not surprising, a new poll by STAT found most doctors have absorbed racist, sexist, and other bigoted remarks about their religion or ethnicity from patients under their care. While this survey suggests 6 of 10 medical physicians have encountered bias from patients, I daresay 10 of 10 chiropractors have experienced the same biases plus one more, “chirophobia”—the unwarranted antipathy and prejudice from years of medical misinformation and fake news about chiropractic care.

Just as ambitious women labor under the pejorative “B-word,” and African Americans are called the “N-word” by bigots, chiropractors have been shrouded by the “Q-word” from medical propaganda.

The anticompetitive actions by the AMA has effectively limited our reach to help the millions of people suffering today and it’s past time to end this misery considering the plethora of research guidelines now supporting our brand of spine care. 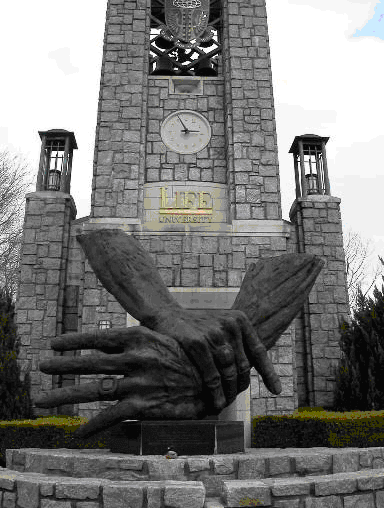 The accusation of prejudice in the medical profession should not come as a surprise to anyone since medical discrimination and chauvinism remain entrenched bigotry that has escaped the media’s attention despite its widespread reach over the years.

As a proverbial cultural authority, MDs remain atop their pedestal, promoted by an endless stream of TV shows and ads touting wonder drugs and heroic surgery.

However, at the Wilk v. AMA trial this image took a serious hit when the facts came forth showing the cunning and treachery used by the AMA’s Committee on Quackery to “contain and eliminate” the chiropractic profession.

“This is the first time anywhere in any trial where the Marcus Welby, MD, [a popular television show from 1969 to 1976] mask has been stripped away from them and they have been revealed for what they are,” noted George P. McAndrews, the chiropractic-plaintiff’s attorney.[2]

What they really are is a white male-dominated monopoly more interested in controlling the marketplace than cooperation with other types of practitioners to help patients. Nor are they interested in following the guidelines recommending CAM methods before medical care in the pandemic of back pain.

The outspoken medical prejudice toward chiropractors is well known and has impeded diversity in healthcare for more than a century. Who hasn’t heard the insulting slurs from their MD about chiropractors being “quacks”, “dangerous” and an “unscientific cult”? Some MDs even abandoned patients who sought chiropractic care, an attitude empowered by Principle 3 in the Medical Code of Ethics, a cornerstone of the Wilk v. AMA antitrust trial.

Judge Susan Getzendanner ruled, “By labeling all chiropractors unscientific cultists, injury to reputation was assured by the AMA’s name-calling practice,”[3] which was exactly the goal of the medical curmudgeons — to defame its main competition by invalidating chiropractic expertise/treatments and thereby capturing the lucrative spine care marketplace.

In her Opinion she also mentioned the damage done to the image of chiropractors in general:

“The activities of the AMA undoubtedly have injured the reputation of chiropractors generally…In my judgment, this injury continues to the present time and likely continues to adversely affect the plaintiffs. The AMA has never made any attempt to publicly repair the damage the boycott did to chiropractors’ reputations.”[4]

These medical slurs remain urban legends like ‘alligators in the sewer’ that continue to deter patients from seeking this brand of nondrug care, which was exactly the goal of the AMA to corner the market. Nor has the medical media made any effort to publicly repair the decades of fake news spewed by its medical reporters, mostly MDs sponsored by Big Pharma.

In a 2017 survey of 6,000 female physicians, nearly 80 percent reported facing disrespect or discrimination on pay, benefits, promotions, performance evaluation or their decision-making role. Physician-mothers reported an even higher rate of unfair treatment.

In 2008 the AMA apologized to black MDs preceding Barack Obama’s election. The American Medical Association officially apologized for its history of excluding black physicians from membership, for listing black doctors as “colored” in its national physician directory for decades, and for failing to speak against federal funding of segregated hospitals and in favor of civil rights legislation.

In 2012 Emory University apologized for years of anti-Semitism at its dental school (Emory Apologizes For Anti-Semitism) when dozens of Jewish students were flunked out or forced to repeat courses, leaving many feeling inadequate and ashamed for decades despite successful careers. In one interview, former student Ronald Goldstein recalls the dean asking him, “Why do you Jews want to go into dentistry? You don’t have it in the hands.” [5]

Under dental school dean John Buhler from 1948 to 1961, about 65 percent of Jewish students were flunked out or forced to repeat courses. Buhler stayed on for 13 years, leading what some Jewish students would refer to as a “reign of terror.”

It’s time for an apology by the AMA toward chiropractors and women just as it did toward Jewish dentists and African-American physicians. It’s past time for female MDs to be heard after decades of riding in the back of the medical bus while many chiropractors were thrown under the same bus.

Not only is an apology appropriate, the AMA and Big Pharma owe an apology to patients everywhere considering their brand of spine care has now led to the current opioid crisis and tsunami of back surgeries.

As the recent President’s Commission on Combating Drug Addiction and the Opioid Crisis, the American College of Physicians, the Journal of the AMA, the Joint Commission, and the FDA found more than ever before chiropractic care is rated among the best nondrug treatments for the pandemic of back pain and is recommended as a nondrug solution to reduce the onslaught of opioid abuse.

It’s time for the medical establishment to admit its “reign of terror” on chiropractors as well as the public that has suffered under medical spine care with an unprecedented opioid addiction and rash of back surgeries.

This dire situation has been deemed a “national scandal” by Mr. Mark Schoene, the editor of an international spine research journal in an article, “U.S. Spine Care System in a State of Continuing Decline”:

“Medical spine care is the poster child of inefficient care…such an important area of medicine has fallen to this level of dysfunction should be a national scandal. In fact, this situation is bringing the United States disrespect internationally.”

Despite the renaissance in spine care recommending chiropractic care, the public remains unaware of this paradigm shift in spine care away from drugs, shots, and spine surgery to complementary and alternative methods (CAM) such as chiropractic, acupuncture and massage therapy because the media remains controlled by MDs sponsored by Big Pharma and refuses to tell the good news about chiropractic care.

For example, when was the last time you’ve seen an in-depth, fair and balanced, news article about the benefits chiropractors bring to an ailing nation where back pain is the leading cause of disability in the workplace, military, VA and in our general society?

Of course, you never have despite the fact chiropractors are the 3rd largest physician-level healthcare providers in the nation taking care of the leading disability—low back pain—without drugs, shots or surgery.

Perhaps we should add another hashtag social movement, #ChiropractorsMatter, to draw attention to the medical bias toward chiropractors that still exists to thwart the integration of chiropractors into the mainstream medical system and the full implementation of the new guidelines calling for nondrug care like chiropractic.

If I had the same national venue as the NFL players, I would certainly take a knee for chiropractors and for the millions of abused patients who have suffered from opioid painkillers, epidural steroid injections, and unnecessary spine fusions despite the guidelines and research that do not support these treatments.

The good news about chiropractic care is a fascinating story laden with a history of dirty political tricks, media misinformation, and unsubstantiated defamation. Like the proverbial phoenix rising from ashes, today chiropractors have been vindicated by numerous research studies, federal laws and evidence-based “best practices” guidelines.

It’s time to tell our story that #ChiropractorsMatter.