The following article is not the first time Forbes has allowed Steven Salzberg to attack chiropractic, and it may not be the last time. He professes: “I cover pseudoscience and bad medicine, and sometimes good medicine.” It is uncertain what Mr. Salzberg qualifies him to attack anything, but medical trolls rarely have expertise in what they say.

I responded to his first slam on chiropractic when he wrote, Why does the government subsidize chiropractic colleges?, that you can read at Forbes Attacks Chiropractic.

Reading these two articles shows that Forbes is not interested in the truth about chiropractic by allowing this medical troll to spew his venom without any direct feedback from our chiropractic spokesmen. Even the photo used showing two female wrestlers indicates the contempt for our brand of spine care.

You will notice in the Comments section that many respondents disagreed with Salzberg. The question remains: when will Forbes allow an equivalent article from the pro-chiropractic journalists like me? Okay, stop laughing!

Here is the latest Forbes attack on chiropractic.

Ten days ago, the federal government released a huge data set detailing how it spent $77 billion in Medicare funds in 2012 to over 880,000 health care providers. The release of this data is part of a new transparency effort by the government, which many of us applaud.

The data reveal some troubling things.

Most news organizations focused on who the biggest beneficiaries are: the New York Times described how just 100 doctors received $610 million. A Washington Post story focused on the top 10 Medicare billers, including one ophthalmologist in Florida who was paid $20 million by Medicare, mostly to cover Lucentis, a drug for macular degeneration. The Post pointed out that Medicare would have saved over $10 million less if that doctor used Avastin, which is equally effective. “Medicare pays a doctor more for injecting the more expensive drug,” the Post pointed out.

But until now, no one has pointed out another, far more egregious waste revealed by the Medicare data: we are spending a huge amount of money on the highly dubious practice known as chiropractic.

To be precise, the 2012 Medicare data reveals that in 2012, Medicare paid $496 million for chiropractic treatments in all 50 states.

This is a stunning amount. It dwarfs the funding that NIH wastes on alternative medicine through NCCAM, which is itself an egregious waste of money.

Chiropractors are not medical doctors. They primarily treat back pain, but they claim to treat a wide range of other conditions, which some of them believe are related to mis-alignments of the spine, called subluxations. This belief has no scientific basis. Nevertheless, chiropractors have succeeded in convincing the government to cover their treatments through Medicare.

Now we know how successful they have been: half a billion dollars a year spent “adjusting” the spines of patients, all funded by Medicare.

(And they have recently been lobbying furiously, as I wrote last summer, to force private health care providers to cover chiropractic and other alternative practices under Obamacare.) 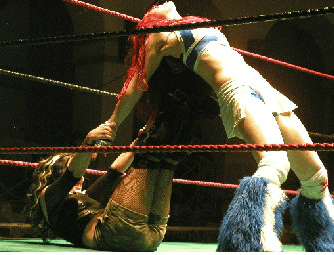 But wait, you might ask, don’t chiropractors provide pain relief? And don’t they have medical degrees? Well, on the second question,

the answer is that they have special Doctor of Chiropractic (D.C.) degrees, which are given out by just 15 special chiropractic colleges in the U.S. The entire field was invented out of thin air by D.D. Palmer in 1895, and later popularized by his son. In his book-length expose Chiropractic Abuse: An Insider’s Lament, chiropractor Preston Long lists “20 things most chiropractors won’t tell you,” including

“Chiropractic theory and practice are not based on … knowledge related to health, disease, and health care.
Many chiropractors promise too much.
Our education is vastly inferior to that of medical doctors.”
These are just the first three: you can see the full list in a review of Long’s book by physician Harriet Hall, or read the book itself.

Sam Homola, a retired chiropractor, summarizing his concerns about chiropractic in a recent article at Science-Based Medicine, wrote that

“There is no credible evidence to support the use of spinal manipulation for anything other than uncomplicated mechanical-type back pain and … no evidence at all to support chiropractic subluxation theory.”

Perhaps most alarming, especially given that Medicare is paying for millions of treatments per year, is that chiropractic manipulation can cause a stroke, by causing a tear in the major artery running through the neck. As reported recently in the Journal of Neurosurgery:

“Chiropractic manipulation of the cervical spine can produce dissections … of the vertebral and carotid arteries. These injuries can be severe, requiring endovascular stenting and cranial surgery. In this patient series, a significant percentage (31%, 4/13) of patients were left permanently disabled or died as a result of their arterial injuries.” [Albuquerque et al., J. Neurosurg 2011 115(6):1197-1205]

If this weren’t enough to cause concern, many chiropractors are also anti-vaccine, a problem that is apparently serious enough that some chiropractors themselves have spoken out against the anti-vaxxers in their own ranks.

Over a century ago, D.D. Palmer believed, mistakenly, that he cured a man’s deafness by manipulating his neck. His son built Palmer’s beliefs into a profitable business, but neither of them would have dreamed that the U.S. government would one day spend half a billion dollars per year on chiropractic manipulations.

If we want to start controlling the cost of Medicare, here’s an easy first step: stop covering chiropractic. We will save $496 million a year, and people’s health will improve.

Here is my response:

The saddest part of Mr. Salzberg’s article is his complete lack of contemporary knowledge of spine care. Instead, he spouts medical propaganda from the 1960s that stemmed from the AMA’s Quackery on Chiropractic that, by the way, led to a federal antitrust victory for the chiropractic profession. This medical misinformation has also led to the shocking reality that back pain is now the #1 disabling condition in the nation at a cost of nearly $300 billion. To say Mr. Salzberg’s demagoguery is misleading is an understatement.

At this level of shock journalism, it would be useless to explain to Mr. Salzberg of the paradigm shift in spine care from path-anatomical (bad discs) to path-physiological (bad function). Since 1990 spine researchers have recognized that most back pain (excluding the 10% of red flags cases like fracture, infection, or cancer) generally has little to do with spinal arthritis or disc herniation/degeneration, but the majority of back pain has to do with joint dysfunction, which explains why spinal manipulation works so well.

In 1994 the Agency for Health Care Policy and Research deemed SMT as a “proven treatment” and stated medical spine methods were to be used only as last resorts. This research shift is huge, but presently largely ignored by the medical spine cartel consisting of spine surgeons, hospitals, surgical device manufacturers, imaging centers, and Big Pharma as well as medical spin artists like Mr. Salzberg.

To the contrary of Mr. Salzberg’s misguided opinion, the sooner Medicare stops wasting money on unnecessary medical spine treatments and turns to chiropractic care as every guideline now recommends, the sooner Americans will overcome this #1 disabling and expensive condition.

For more information, logon to www.chiropractorsforfairjournalism.com

I also posted two other comments for your review on the Comments section. Please take the time and post one of your own.